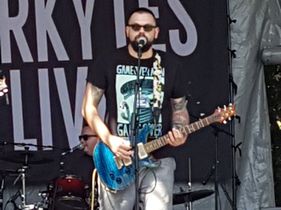 Jack is too much of a diva to write a bio. 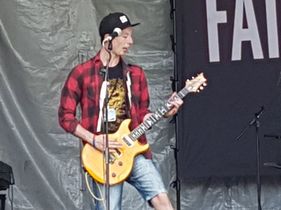 ​Andy (known as Fee) started playing guitar when he was sixteen after having his mind blown hearing Iron Maiden for the first time. He has been an active musician working on multiple projects or bands since he could put 3 chords together (he can put 4 together now). He still isn’t quite sure how he ended up in a band covering Ricky Martin and Tom Jones songs but he likes it a lot.

Andy’s style of playing is heavily influenced by both Metallica guitarists and will always try to shoehorn in a Heavy Metal section at any opportunity.
Ducky
Bass Guitar 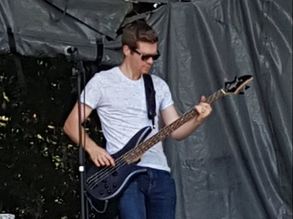 Andy “Ducky” Graves, originally from Harold Hill; playing guitar since age 12 initially influenced by Santana and Jimi Hendrix, later moved on to heavier music such as Avenged Sevenfold and Metallica.

Andy started playing bass several years later as a side project influenced by Red Hot Chili Peppers and Jamiroquai. It is this that led him to accepting an offer to play a one-off gig for a local band “Strings of Fire”. 15 years later he is still in the band to provide some funk and disco bassline influence.
James
Drums and Vocals 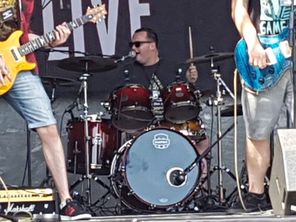 James Foale is one of those gits who can pick up an instrument and just play it within a few minutes. He took up drums when he was 17 as everybody else in the band wanted to be at the front, playing guitar with their foot on the monitor looking hot. Fast forward 15 years and not much has changed.

James's playing influences are mainly metal and rock bands such as Metallica, Iron Maiden and Disturbed. He and Jack do 99% of the bands vocals, unless the song in question has the word 'boobies', or something that sounds similar.

In The Beginning...
Eight Years Later...